The following graph presents the 2D clustering analysis of members of Isochorismatase-like hydrolases (IHL) family displaying pairwise similarities between members of the superfamily. Clustering analysis was done with the implementation of a version of the Fruchterman-Reingold graph-layout algorithm (1991) on unaligned amino acid sequences as an input.

Shown graph layout is a result of the recursive BLAST/PSIBLAST searches. High scoring segment pairs (HSPs) are shown as edges connecting vertices and provide attractive forces proportional to the negative logarithm of the HSP’s P-value. The intensity of the connection displays the pairwise similarities between given pair of sequences. 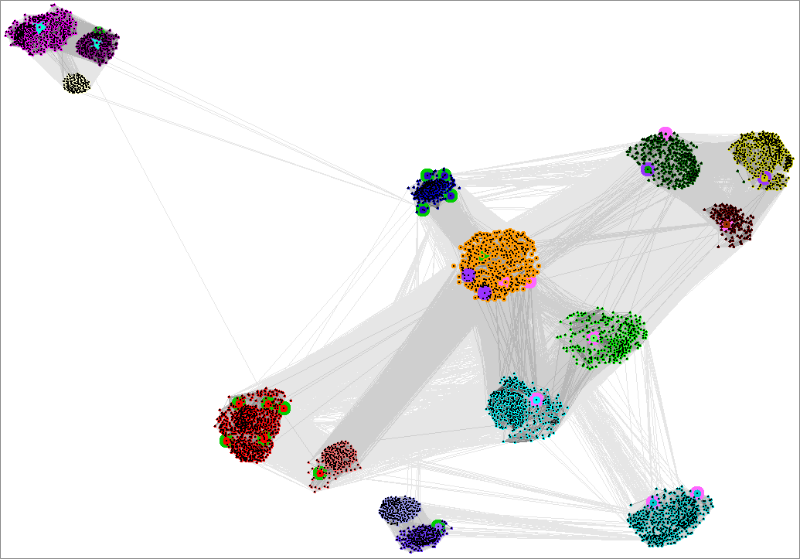